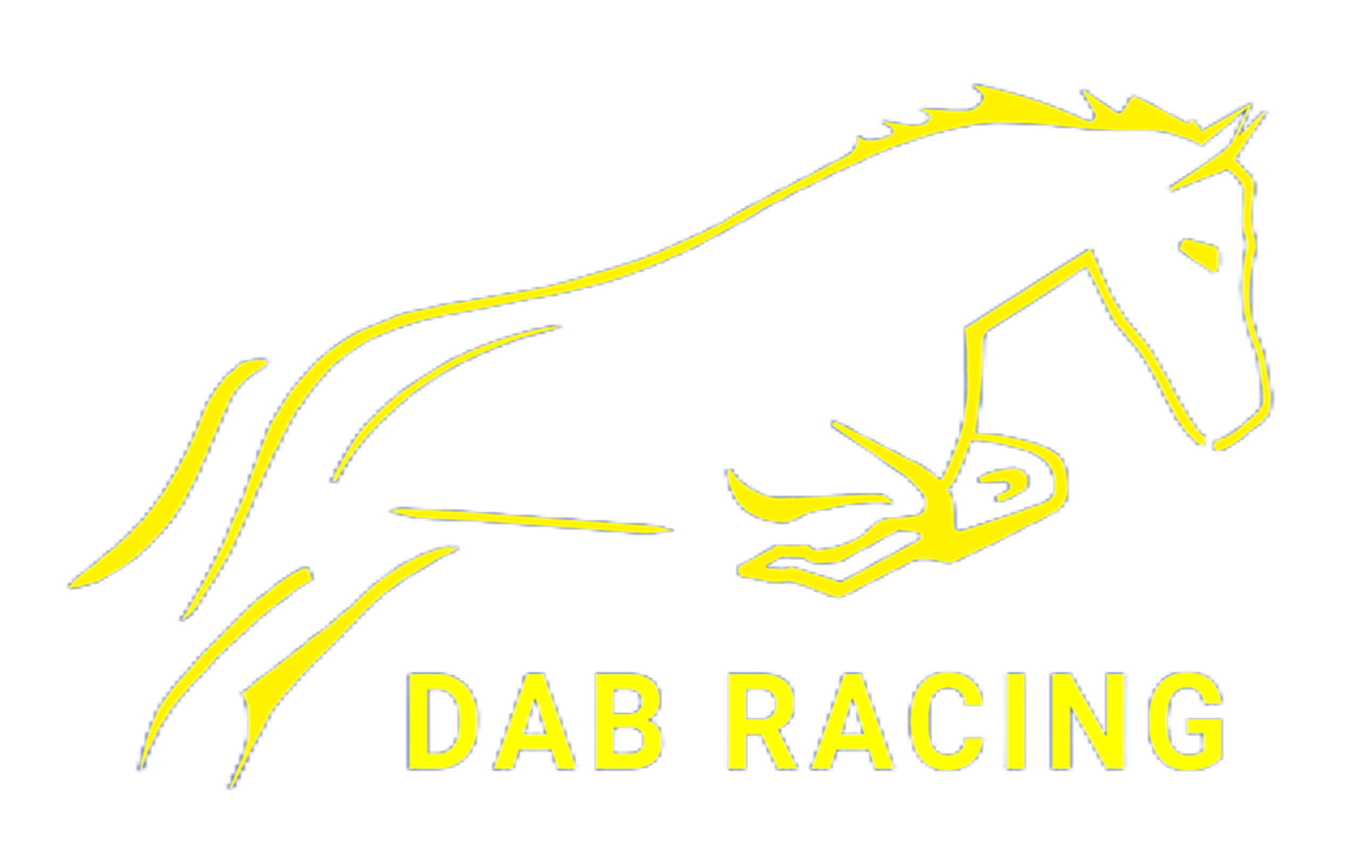 Dawn Ball has been on the pointing scene since 2004, when she had her first rides – and only winner at Ashorne – on Ela Agapi Mou, who she also owned and trained writes Jake Exelby

Dawn retired from the saddle in 2016 and now trains from National Hunt trainer Paul Webber’s Cropredy Lawn base, just north of Banbury in Oxfordshire. Jake Exelby caught-up with her over the festive period to ﬁnd out about her expanding DAB Racing operation.

HOW DID YOU GET INTO POINT-TO- POINTING?

I’m from Kettering in Northamptonshire and, while I’m from a non-horsey background, I started riding ponies aged ﬁve and knew the moment I ﬁrst sat on one that it was all I wanted to do. We moved to Leicestershire and Tim Tarratt

– who still trains pointers – spotted me galloping my pony when I was 14 and asked if I’d ride for him at the weekends. I began to skive oﬀ school to qualify his hunters and got involved in the hunting, pointing and polo circuit as a result. I learnt a lot from Tim.

Thenanother local trainer, Richard Walker, asked if I’d keep his pointer Fiction Writer ticking over while he went on holiday. He ﬂew back and they won ﬁrst time out at Garthorpe. He asked me, ‘What the hell have you done?’ and I replied, ‘Just fed and galloped him!’ I looked after the odd horse for other people and wanted to race-ride, but wasn’t brave enough to ask. But at 32, I thought ‘sod it, I’ll have a go’ and bought Ela Agapi Mou from Heather Kemp. He’d won the Working Hunter class at an August Bank Holiday

show and I thought, ‘I really like this horse,’ even though he was bucking and squealing!’ Heather told me, ‘He’s an angel to start with but can be cheeky’ but was an absolute lamb and we just gelled

I took a break from horses after I got a bit cocky with Circus Maximus – my second one. I remember when the waves parted at Mollington. The horse landed on the top of the fence and tipped me oﬀ – I fractured a vertebra in my neck but didn’t realise for a week. I then moved to Herefordshire started training for other people. Wogan

WHO’S INSPIRED YOU MOST IN THE WORLD OF POINTING?

Helen Vergette, known to all as ‘Looney’, who rode High Poppa for Tim (as well as the proliﬁc Perroquet). She was absolutely awesome – the ballsiest female jockey I’ve ever met. She always came in beaming and I thought, ‘I’d love to be like you’.

WHO HAVE BEEN YOUR FAVOURITE HORSES?

Jill Dawson’s Sweet Diana, who was a classic Ladies horse. When I  worked for Tim, there was no point in running against her.

WHICH JOCKEYS HAVE YOU MOST ADMIRED?

Because I started riding late, I didn’t look up, but looked down, as they were all younger than me! I used to love riding against the likes of Lorna Brooke – God rest her – Hannah Lewis and Claire Allen, who rode for Dick Baimbridge. I’ll never forget Dick coming up to me one day at Garnons when Claire had beaten me into second on one of his. He just grabbed my hand and said, ‘Well ridden.’

WHAT ARE YOUR FAVOURITE COURSES AND WHY?

Ashorne, where I had my winner. I loved that the spectators were lined up along the home straight on both sides of the course, revving you up. After we won and Ela  Agapi  Mou  had  stopped  galloping, I couldn’t pull him up going round the bend after the ﬁnish. It took ages to get back to the winners enclosure then took two people to lead him back to the lorry park – he was so full of himself.

WHAT DO YOU LOVE MOST ABOUT POINTING?

It’s accessible for everyone and true amateurs can have a go. I love the camaraderie in the changing tent, that owners can go  into  the lorry park and that spectators are closer to the action than on a rules racecourse.

WHAT’S BEEN THE HIGHLIGHT OF YOUR TIME IN THE SPORT?

Winning the Mens Open at Brampton Bryan with Gotoyourplay, ridden by Guy Disney. He was lightly raced and a big boat of a horse I got from Venetia Williams. I thought they’d just have a nice spin so was watching the race from the van until my son said, ‘You need to start running, Mum – Guy’s just overtaken four horses and I think he’s going to win!’ It was Guy’s ﬁrst win since getting his licence back (after he lost a leg in Afghanistan) and the jockeys formed a guard of honour when he came back in. It was good to be a small part of such a moment.

WHAT ARE YOUR AMBITIONS?

To expand and to have a crack at the title for trainers with seven or fewer horses. And a few of the riders at Paul Webber’s want to have a go, so it would be good to give some of them a leg-up.

WHAT CHANGES HAVE YOU SEEN DURING YOUR TIME? FOR BETTER, FOR WORSE?

For me, the biggest change has been in the conﬁrmation of the horse. You don’t get so many true staying chasers – big, chunky types – and horses don’t seem to last as long as they used to. It means that racing has got quicker and you don’t have the farmers with their home-breds any more, which is a shame.

I’m not sure about the bumpers, though I do run my horses in them for experience. I like the fact that the selling yards are producing horses for rules racing and fair play to them, as they work hard at it, although I worry about the eﬀect of lockdown on these yards. I wouldn’t mind doing a few youngsters myself, but wouldn’t want to do it on a large scale. I’m more into it for fun and my owners like seeing their horses race throughout the season.

As pointing is a fundraiser for hunting, I think we have to keep the connection. I don’t think they should have brought in the rule where horses don’t have to hunt

– it’s too easy for people to wrap their horses in cotton wool. People say pointers shouldn’t hunt because it’s not safe, but why not have a speciﬁc day in the week for pointers to go out? I remember the Pytchley had a day just for grey horses.

WHAT WOULD YOU DO IF YOU WERE IN CHARGE OF THE SPORT?

Oh my God, I wouldn’t want that job – that’s your toughest question! I’d make the paperwork easier and I’d make the

£1 donation (with the qualiﬁcation certiﬁcate) to Retraining of Racehorses

a lot higher, as there are so many horses that fall by the wayside.

WHAT DO YOU THINK THE EFFECT OF LOCKDOWN ON POINTING WILL BE?

WHAT ARE YOUR PLANS FOR THIS SEASON?

I’ve been based at Paul’s since May 2020. The move came about because I saw he had stables and a house for rent and I used to have to box up my horses to gallop them. Now I use Paul’s gallops after midday, when he’s ﬁnished. I’ve got seven pointers in training and think Roman Rock is good enough to go Hunter Chasing. I got him from Richard Newland and he’s a buzzy, happy horse.

Of my others, Minella Solo ran in one point in Ireland and is a little pocket rocket, who I bought from Katy Price. He’s had a good holiday and is ready to run. Hotel Des Mottes, who ran in a Larkhill bumper last month, was unraced when we got him and is a big unit of a horse. His Larkhill run was just for experience – there was lots of snorting (!) – as he’d never been anywhere other than Willie Mullins’ gallops and he jumps for fun at home.

WHO ARE YOUR YOUNG RIDERS TO WATCH?

I use 20-year-old Jack Cater, who works for Paul Webber and has had one ride for him – it’s his ﬁrst season pointing. He’s shy like me, so when he wanted to ride out for me, I said, ‘Come and ask me – I’m not that scary!’ He’s growing in conﬁdence.

WHAT WOULD YOU BE DOING IF YOU WEREN’T INVOLVED WITH HORSES?

I couldn’t imagine not wanting to ride or train. It got under my skin from a young age.

WHAT ARE YOUR FAVOURITE BOOKS AND TV PROGRAMMES?

I love autobiographies – not just racing ones – as I ﬁnd peoples’ lives fascinating. I couldn’t put down Bravo Two Zero by Andy McNab. It was so gripping and you got a real feel for what it was like for him.

WHO WOULD BE YOUR IDEAL DINNER PARTY GUESTS? RACING AND NON- RACING

John Francome and Luke Harvey for the craic – they’re both so entertaining. On the non-racing side, Anton du Beke from Strictly – so he could teach us all to dance – my favourite comedienne Sarah

Millican and Mary Berry. She’s a bloody good cook and I wouldn’t have time to do the food!

WHERE IS YOUR DREAM HOLIDAY DESTINATION?

I love the Maldives. It’s so relaxing and the people are so graceful. I’ve been before and am hopefully going again in June.

WHAT SUPERPOWER WOULD YOU CHOOSE AND WHY?

The ability to communicate with horses so I could know what’s wrong with them. I’d save so much on vets bills!